How PixelMill Increased Reach and Engagement From Recorded Webinars 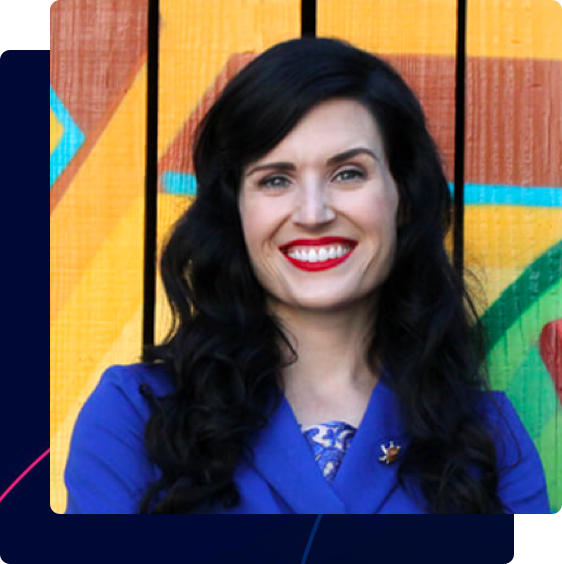 Procket delivers. Period. In fact, I’m pretty sure I actually said out loud, “WOW! It’s like they’re in my head,” after receiving our first package from Procket.

PixelMill is a California-based digital design consultancy with expertise in Office 365, SharePoint, and Azure. They run regular webinars with industry experts to educate prospects on design and development.

The PixelMill team invested serious time bringing these webinars to life, only to have the content fade after the event. Danielle posted the recordings on-demand and felt she could do better.

The only problem, though, was that it meant her finding bandwidth that didn't exist to repurpose the content.
‍
‍

Before using Procket, so much valuable content was simply stuck in our webinar recordings. We were investing a ton of time into our series, which while very valuable to our audience, stopped there. We were not repackaging the content to be consumed by people who didn’t view live, or didn’t want to consume the content via video later and we know this meant we were missing out on a huge market share.

Danielle did a trial with Procket, skeptical of the team's ability to nail the PixelMill voice and tone. Procket took her webinar and pulled out the key takeaways. Then, they paired that with great writing. The result? A cascade of native marketing assets for PixelMill's channels.

I’ll be frank, I am not a fan of ghost writing. I’ve been pressured to consider it for many brands I’ve represented, but adamantly revolted because I never felt that someone who wasn’t imbedded in our culture could properly convey our brand mission and voice. With Procket, it was as if they were an extension of my team from day one. Procket immediately and expertly captured our brand voice.

The Procket team extracted the key takeaways from each webinar recording and combined them with great writing to create a waterfall of repurposed assets that were native to each channel they would be consumed on.
‍

Our webinars are dense and often filled with highly technical jargon and insights — Procket eloquently extracted the most valuable content and tailored it to our audience in the specific way they expect to see it in each platform. Procket also clearly understands and values my time; with a slick and easy process they make the experience quick and enjoyable.

Danielle came for the content and stays for the strategy. With Procket, she now has a team she trusts to understand her audience and expectations.

Procket has enabled us to extract huge value out of our webinar series. It now has a life that extends long beyond showtime, and we’re able to get our content in front of people who may never attend.

Now, PixelMill's content flywheel spins faster with each webinar they repackage. The content drives engagement, conversations, and most important — sales.

Procket is a gift of security, peace, and time. My confidence in Procket has given me a huge a sense of relief and hours of my time back. I know I can send them a recording, and will get high quality content (in my voice) that I can use instantly.

Procket's become an extension of Danielle's team, turning one-time webinars into evergreen investments. As a result, Danielle can scale herself, her team, and their marketing efforts better through Procket.

With the possibility of extending the reach of each new webinar recorded, Danielle and Procket will be working together continue to expand the impact of webinars on PixelMill's audience growth and engagement.

We’re quite proud of our score on the fifty five and five list and have been looking for ways to improve our engagement score. I believe that with Procket’s help; we’ll be able to deliver more engaging content to our audiences and greatly expand our reach.

- Increased the leverage of webinars as a content strategy

Get in touch about your needs.